Russia 2018: What will Ronaldo find in Mordovia. 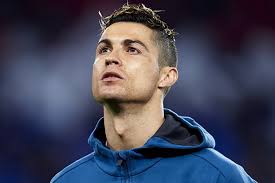 What will Ronaldo find?

Saransk, Russia – On June 25, Cristiano Ronaldo will look at himself in the mirror and fix his hair before walking out of a freshly painted lockers room, down a bright red corridor and onto the grass pitch of the brand new Mordovia Arena.

The football superstar will then deliver a football show that many in Saransk, the sleepy capital of the Russian Republic of Mordovia, will not forget.

The morning after, a bus will pick up Ronaldo and his teammates from a four-star hotel, driving past refurbished communist apartment buildings and the occasional traditional wooden home to reach the city’s new airport and catch a flight back to Russia’s capital, Moscow.

With this brief appearance, Ronaldo will become the second-biggest international celebrity to visit Saransk, after French actor Gerard Depardieu, whom local authorities gifted with a residency in 2013 and a new cultural centre named after him for embracing the Russian nationality.

Ronaldo and his peers, however, will end up costing the city much more than Depardieu did.

To host the Portugal-Iran match, along with three other World Cup fixtures, Saransk will spend half a billion dollars – as much as its budget for the next five to six years.

But just a few years ago, few believed Saransk would end up welcoming the likes of Ronaldo – and paying so much for it.

‘Not a sports city’

Saransk was not one of the front-running cities to host World Cup matches in Russia. In fact, just two weeks before the September 2012 announcement of the 11 host cities, Russia’s Minister of Sport Vitaly Mutko had put Saransk on a list of five candidates which he said were not likely to be selected due to “some problems”.

But when world football governing body FIFA named Saransk as one of the host cities, many of its 300,000 residents were taken by surprise.

“I never imagined that my hometown would host the World Cup. I was very happy and very proud,” says Andrei Tyulyukov, 23.

The university student says he was eager to sign up for the volunteers’ programme and get a chance to watch the matches from up close.

But not all Saransk residents share Tyulyukov’s enthusiasm about the World Cup.

“This is not a sports city. Krasnodar is … Everyone was surprised that Saransk was chosen and not Krasnodar,” says Evgeny Pashutkin, the coordinator for Russian opposition leader Alexei Navalny’s campaign in Saransk.

Pashutkin, like many others, feels Saransk took the place of the southern city of Krasnodar, described by Mutko in 2012 as being “ready with high probability” to be a World Cup hosting site. At the time, Krasnodar had two teams in Russia’s Premier League and a new stadium in the making.

Russian media speculated that the decision was meant as a snub for Krasnodar’s leadership who had fallen out of favour with Moscow or whose business interests were trumped by others.

According to Alexey Merkushkin, minister of special programmes in the Republic of Mordovia and vice-chairman of the regional government, the reason behind FIFA’s choice of Saransk over Krasnodar was geography.

“Krasnodar is in the same region which Sochi which was already selected, so that was a big minus for Krasnodar,” he says. “[Saransk] is close to an airport … close to all key locations of the World Cup.”

The World Cup and the gulag challenge

Merkushkin, a prominent businessman and the son of Nikolay Merkushkin, who was Mordovia’s governor for 17 years, acknowledges that back in 2012 Saransk was far from ready to host the World Cup.

“There were many challenges,” he says. “One of the biggest was that our airport was in bad condition, so we had to build a completely new one; we didn’t have enough hotels … and we had to do a big number of [infrastructure] upgrades.”

The regional government also had to build a new stadium worth 16 billion rubles ($256m) along with three luxury hotels that would cater to the needs of the FIFA delegation and the football teams. Parts of the city also went through major refurbishing, with a new facade for the building of the local university, a renovated train station and music theatre, a new shopping centre and a housing complex built near the stadium to host World Cup fans.

According to Merkushkin, the overall budget for World Cup-related projects in Saransk was 30 billion rubles ($480m).

As the local government undertook the formidable task of transforming the post-Soviet Saransk to a World Cup host city, it also had to put a lot of effort into building a tourist-friendly image.

In its promotional materials, the local authorities have tried to emphasise the heritage of the local Mordovin community – a non-Slavic indigenous people speaking the Uralic language (close to Finnish and Hungarian).

But in the collective Russian consciousness, Mordovia is deeply associated with a sprawling gulag complex established on its territory in the 1930s.

“This is a mentality from the Soviet past. What can you do about it?” says Merkushkin.

It didn’t help that just a month after Saransk was made a World Cup host city, a high-profile court case drew even more attention to Mordovia’s prison system.

In October 2012, Nadezhda Tolokonnikova, a member of the feminist punk group Pussy Riot who was prosecuted for a controversial performance in a cathedral in Moscow, was sent to one of Mordovia’s prisons to serve a two-year sentence.

Throughout the following year, Tolokonnikova would regularly complain about the dire conditions at the prison and go on hunger strike, drawing negative attention to the republic. Even after Tolokonnikova was released and left Russia, the gulag theme dominated the media discourse when covering the city.

Besides Ronaldo and his teammates taking on Iran, the city will also host the Denmark v Peru, Colombia v Japan and Panama v Tunisia matches.

Once the fourth match on Mordovia Arena is played on June 28, Saransk, like the rest of Russia’s host cities, will face another challenge – managing the leftover World Cup infrastructure.

According to Sergey Aleksashenko, an economist and analyst at the Brookings Institution in Washington, DC, the economic benefits of the World Cup in Russia are questionable, given the heavy infrastructure investment.

“Even if [Russia] is extremely successful in attracting foreign or Russian tourists, even if there is a boom in the local economy, it will be over in one month. Then the question will arise: will the Russian economy use all those [infrastructure] resources?”

Aleksashenko points to Sochi, which hosted the 2014 Winter Olympics, and its empty facilities as an example of how, in the past, Russia has failed in this regard.

The $215m stadium in Brazil’s Cuiaba – a city of 600,000 – has been transformed into a squat for homeless people. In South African’s Durban – also a city of 600,000 – local authorities have struggled to maintain the $450m stadium they built for the 2010 World Cup, which now has panels falling off of its facade.

According to Merkushkin, Saransk has a detailed plan to make sure that Mordovia Arena does not become a white elephant. After the end of the World Cup, 15,000 seats will be removed, leaving the stadium with a 30,000-seat capacity. The local authorities will then rent out parts of the stadium to shops and restaurants which will help pay for maintenance costs.

But some in Saransk doubt the plan will work.

Opposition activist Pashutkin, for example, says that turning the stadium into a commercial space would not generate much money given that the city’s main shopping centre, City Park, is right next door.

Drawing revenue from football-related events in Saransk beyond the World Cup is also unlikely. The city’s main football team – FC Mordovia – has been wavering between the second and first division of Russian professional football for the past 10 years and has suffered from financial problems. Last year, its players refused to come back from their league’s winter break after the club failed to pay their salaries.

Moreover, Saransk seems to already have a white elephant. A sports hall on the city’s Millennium Square has stood empty for years. Although it was supposed to be finished by 2012, an additional 580 million rubles ($9.3m) was granted earlier this year to complete works.

Whether Mordovia Arena turns into a white elephant or not, at least it has brought excitement and a sense of pride to some Saransk residents.

“In my childhood, we used to play in meadows, we had no [football pitches],” says Tyulyukov, a former member of FC Mordovia’s youth team and a big fan of Ronaldo.

“Now we have this amazing facility. Of course, I’d love to try it!”